Tree Arborist Ltd are a team of  tree surgeons based in Falkirk.  The team are headed by owner John Buist, and include qualified tree surgeons, experienced climbers, consultants, and ground staff.  John and the team use the latest machinery and techniques to ensure your trees and surroundings are taken care of and work is carried out safely with minimum disruption.

As their feedback shows, John and his team provide a professional, reliable and value for money service.   John is quick to reply to enquiries, the job is carried out when scheduled and everything is left neat and tidy. 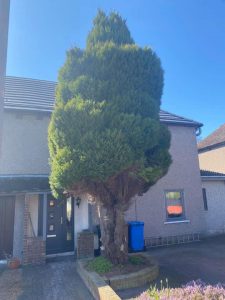 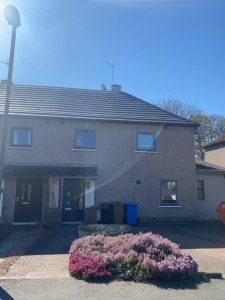 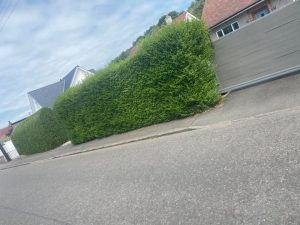 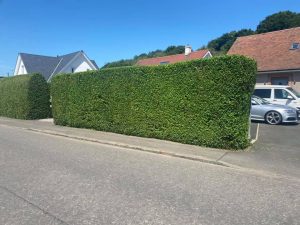 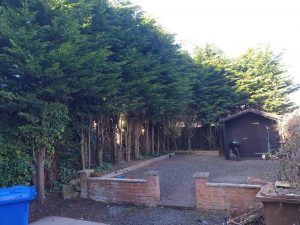 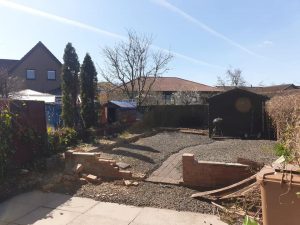 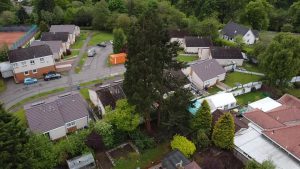 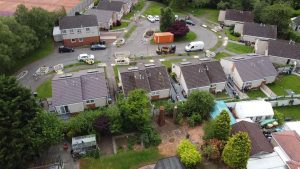 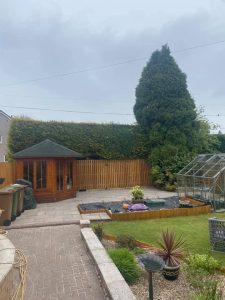 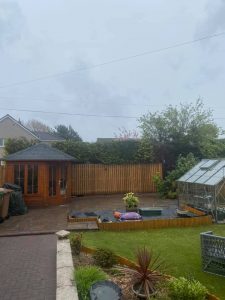 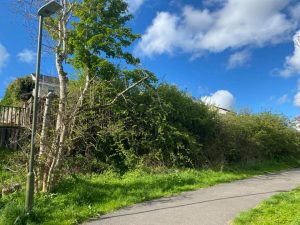 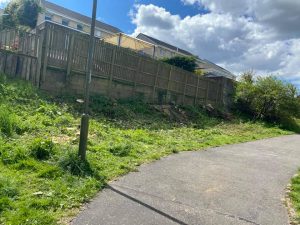 Laura & Colin Wilson, Maddiston said on 09/07/2022:
Fantastic job made by John & his team cutting the humongous trees and shrubs down in our garden – very professional team. Everything removed & chipped. A lovely bunch of guys with no fear. We would definitely recommend this company and use them for any future work. Thanks again.
Elizabeth Lindsay, Falkirk said on 28/06/2022:
I contacted John hoping that he would be able to sort out two overgrown hedges in my back garden. He came that afternoon to inspect them and explained what he could do to get them back into shape. He and his team arrived right on time on the day and, despite a few heavy showers, managed to complete the job in about 3 1/2 hours. It would have taken me about 3 days and wouldn’t have looked half as good! They were all polite and friendly and made a good job of clearing up. Would certainly recommend them.
Margaret-Anne MacMillan, Grangemouth said on 23/06/2022:
Fantastic job done by a highly skilled team of professionals. And quick. 2 trees, 4 bushes, in and out 30 mins total, including tidying up. Excellent value for money. Would highly recommend. Thank you guys!

Isabel Adkins, Airth said on 26/10/2021:
Trees pollarded, conifers trimmed. What a brilliant bunch of guys. Polite, tidy and hard grafters. Would recommend and will use them again.

David, Larbert said on 23/09/2021:
John and his team removed an overgrown Eucalyptus tree in our garden. They arrived on time and did a great job working as a team and with high regard for health and safety. I would certainly use them again.

Linda Greer, Denny said on 10/09/2021:
Very pleased with the job John and the team done in removing 15 conifers from my front garden.  They were great workers, worked really hard and left everything neat and tidy.

Jane, Grangemouth said on 09/09/2021:
Just had John Buist and his team prune our Apple tree and grind out old tree stumps. Made a really good job and cleared up well after them. Would use them again.

Alfie Dunn, Bonnybridge said on 06/09/2021:
I contacted John after being given his number by Trustys.  John and his team arrived when they said they would and made an excellent job of cutting back my leylandii hedge.  They tidied up everything behind them and left everything clean and tidy.  I would certainly recommend them.

Geoff Rowe, Stirling said on 23/08/2021:
John and his team have done a great job. He, himself, has been very responsive, friendly and flexible. The team turned up on schedule and worked systematically and efficiently through a fairly major project involving removing old conifers and a hedge, raising the tree canopy in places and trimming other bushes. I confidently commend the company.

Karen, Falkirk said on 26/06/2021:
Tree Arborist recently reduced four of my conifer’s by about six feet each and tidied up two very long hedges.  They carried out a good job and were very reliable, which is important to me. John was very quick to respond to my enquiry and quickly came and quoted me a fair price.  On the day of the job, the team arrived before the 0800 hours start time and got straight on with the work.  They were very pleasant guys and the job was completed to my requirements.  Everything was left very tidy and you wouldn’t know they had been.  I had no complaints or grumblings at all and would recommend to others.

Brian Ferguson, Stoneyburn said on 23/06/2021:
I would highly recommend John and his team and would have no hesitation in recommending them.   They recently removed two large trees from my garden, and you wouldn’t even know they had been there.  John was polite and professional from the start, clearly explained what he was going to do and managed to accommodate a time that suited me.  When it came to carry out the work, the team were very professional, well-mannered and there was no swearing.  John was very clear on pricing and the service provided was really good value for money.

Mrs Watson, Redding said on 21/06/2021:
I contacted John when I needed my holly tree tidied up. John arrived to assess the job when he said he would, provided really good advice and came up with a solution we hadn’t even thought of.  When it came to carry out the work, John arrived when he said would and made a really good job.  He left everything vey tidy and removed all the branches and leaves. John is a very pleasant and knowledgeable chap, his pricing was very reasonable, and I would recommend him to anyone.

Anne McArthur, Grangemouth said on 15/06/2021:
I contacted John when looking to have numerous bushes removed and 22 metres of fencing installed.  I required the work to be complete in one day, as I have dogs to look after.  John came to my house and had provided a reasonable quote within 24 hours of contacting him.  When it came to carry out the work, John and his team arrived at 0800 hours sharp as they said they would and got right down to work.  John and his team worked very hard and completed a fantastic job all in the one day.  They left my garden very neat and tidy and I could not fault them.  John is a really nice guy to deal with and even provided some expert advice regarding trees in my garden, while on site.  John and his team done exactly what they said they would in the time they said they would.  I was very pleased with the service and would definitely recommend.

Janice Flannigan, Bathgate said on 15/06/2021:
John has recently cut down and removed two large dead trees (beech and ash) form my garden. John came out to provide a quotation when he said he would, and the team arrived on site when they said they would.  The job was completed in a professional efficient manner and my garden was left very tidy.   The communication was excellent throughout and John was very easy to deal with.  All in all, it was a great service from start to finish and I would absolutely recommend John to others.

J Burrows, Falkirk said on 15/06/2021:
I was looking to get a tree pruned and contacted John after he was recommended by a neighbour and he did not disappoint.  Within a day of contacting John, he had been out to my house to survey and provided a very reasonable quote.  The team arrived exactly as arranged to carry out the work and carried out a very professional job and left everything neat and tidy.  They were equipped with all relevant safety equipment and adhered to all Covid restrictions.  Overall, a fantastic service and I would 100% recommend.